BPC - in collaboration with Fincog - recently published a report on the state of digital banking in Latin America. In this blog we look at the development of the financial technology industry in the region and the opportunities presented by its demographics.

The fintech sector in Latin America is less mature than in other regions. However, regulatory developments over the last few years have fuelled rapid growth by formalising the frameworks under which financial technology companies operate.

Mexico and Brazil have adopted open banking frameworks similar to those in the EU. Other nations in the region are catching up, with Chile, Colombia, Peru, Ecuador and Uruguay all in the process of creating regulatory structures to enable third parties to develop applications and services using APIs.

The Law to Regulate Financial Technology Institutions was published in March 2018, making Mexico the first country in Latin America to put in place specific regulations for the financial technology sector. This enables fintechs to offer products and operate under the same regulatory and supervisory requirements as traditional financial institutions.

The Mexican government has identified three major priorities for its financial technology strategy – minimising the informal economy; reducing financial exclusion; and encouraging digital payments to reduce the use of cash, a key weapon in its fight against corruption and tax evasion.

The first licence was issued in January 2020 and there are now more than a dozen financial technology companies authorised in Mexico by the National Banking and Securities Commission offering services from crowdfunding to digital wallet services.

Brazil’s open banking project received regulatory approval in 2019 and the first four phases of implementation started in February of this year. This Central Bank of Brazil-led initiative is expected to increase market competition and awareness of financial services.

Large and medium-sized Brazilian banks with international operations are obliged to participate by providing APIs to enable third party developers to build applications with consumer data which has been shared with their consent.

Elsewhere in Latin America, in 2020 the Finance Ministry in Chile announced that it would develop a regulatory framework that promotes the development of fintech and open banking initiatives, while the Argentine Central Bank and the Financial Information Unit have introduced supports for open banking by allowing banks to share client information at their request during the digital on-boarding processes.

These developments indicate the potential for financial technology companies to compete with incumbent operators in the Latin American banking sector.

Neobanks boom across the region

According to data from Crunchbase, more than $7 billion has been invested into Latin American financial services companies over the last five years and the expectation is that investment will increase this year.

The largest recipient of that cash is Brazilian fintech Nubank - the largest neobank in the world with approximately 33 million customers and an estimated value of $30 billion.

The region’s demographics underline the potential for digital banking services. Latin America is home to more than 650 million people across 33 countries with more than half of this population living in Brazil and Mexico.

Cash is still the dominant form of payment in the region’s largest economies. More than 90% of payments in Mexico are made using cash, while the figure for Brazil is in excess of two-thirds. There has been a surge in use of e-commerce over the last 12-18 months, but growth is limited by the high number of people who don’t have access to financial products.

Latin America has a sizeable youth population that have grown up in the smartphone era and are comfortable accessing financial services online, as can be seen from increased e-commerce volumes.

The way financial services are accessed is evolving to meet the demands of these consumers. Open banking was designed to make banking data available to third parties through APIs – open finance extends this to financial data from other sources beyond banks.

This is a crucial development in a region where there is much more to do to improve financial inclusion. Americas Market Intelligence estimates that the region’s banked population grew by 24% in 2020, but this is from a low base. The most recent World Bank Financial Inclusion Index (published in 2017) reported that bank account penetration across Latin America stood at just 55%.

Minu (a start up offering financial services for gig workers in Mexico) uses our platform to connect its app with financial data from one of the largest delivery companies in Latin America.

To succeed in Latin America, banks need to partner with technology providers that can offer banking and payment as a service capabilities to reach customers at the point of purchase or order, wherever they are.

For more information, read our guide to digital banking in LatAm. 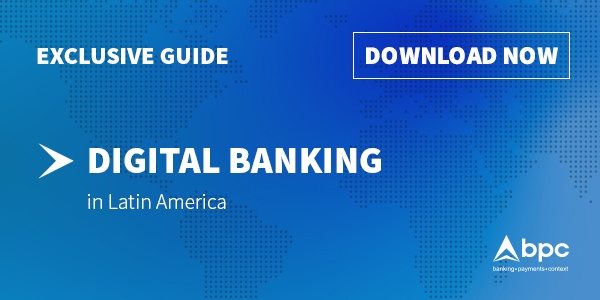 Are you joining the fast-moving world of payments as a service?

Most recent updates of BPC, Radar Payments and O-CITY