Successful neobanks have their heads in the cloud

Neobanks continue to attract new funding for expansion, but spending only what is absolutely essential while they are yet to achieve profitability remains the most sustainable approach.

The new generation of digital banks have realised that ‘turnover is vanity, profit is sanity and no longer measure their performance just by the number of customers they have signed up but rather their ability to monetise these customers.

This approach is much more sustainable as it does not depend on raising new funding on a regular basis.

The cloud plays a vital role in sustainable growth, allowing neobanks to adopt a ‘pay as you grow’ model that spreads expenditure over a longer timeframe, giving the business breathing space to reach profitability.

Digital-native banks already have a number of advantages in that they don’t require expensive physical branches and use automated processes to reduce the number of employees required.

Our customers like the fact that they consume only what you need, whether that is card issuing services, fraud management or the full stack. As a fintech we understand that neobanks need to build from the ground up and remain highly flexible.

Neobanks have adopted a variety of strategies to achieve profitability. For example, in the Philippines Tonik will focus on the revenue potential of small loans rather than payments, noting that the average unsecured consumer loan in the Philippines is very small and building a model that can effectively determine risk and pricing for double-digit loans.

The bank provides retail financial products including deposits, loans, current accounts, payments, and cards on its digital banking platform, recognising that retail deposits are a valuable source of funding.

Tonik managed to onboard 30,000 clients and achieve a positive balance sheet of over $20 million in its first month of operation.

Tonik is an excellent example of a bank built in the cloud. It consumes microservices around the digital engagement layer while the payment functions have been outsourced to Radar Payments, which is exposing a number of APIs to ensure smooth digital onboarding with the instant availability of an e-card linked to an account.

Tonik has shown how neobanks can go to market in just a matter of months by adopting an agile approach.

TymeBank has taken a different approach in the South African market, initially offering a transaction bank account and a savings product. This approach appears to have worked as the bank is on course to reach break-even within three years of operation.

The bank has a consumer credit product that allows consumers to pay half the price of a product over a period of 30 or 60 days and has plans to introduce a credit card later this year.

The interesting aspect of TymeBank’s distribution network is that it combines online and offline customer interaction. Indeed, our experience with this bank demonstrates that a 100% digital process is not always the optimum approach.

In this case customer due diligence was an issue, so we helped TymeBank install physical touch points in shops where customers could enroll, check payments and order debit cards.

In Russia, Tinkoff has become a benchmark for creating a profitable neobank. According to The Banker’s Top 1000 World Banks 2019 ranking by capital, Tinkoff Bank topped the list of the most profitable banks in the CEE region. It was also named the second most profitable bank globally by return on capital with media qualifying the organisation as “the online financial supermarket living in the cloud”.

The bank’s most recent financial results show that like Tonik, income is being driven by loans with overall turnover up by 11% compared to the first quarter of 2020. However, Tinkoff is also generating an increasing percentage of its revenues from current accounts.

Tinkoff describes itself as Russia’s leading financial and lifestyle ecosystem and the third largest bank in the country by the number of customers (more than 13 million).

In a recent interview, its vice president of strategy made the point that while many challenger banks started out with a single proposition (for example, cheaper current accounts), Tinkoff realised that in order to be successful it had to enter parts of the banking market where it could actually make money.

Most digital banks start off with a minimum viable product, essentially the first version of their proposition which is gradually extended over time. Brazilian Nubank, for example, started out with a fee-free credit card which paved the way for expansion into bank accounts and small business lending.

Nubank describes itself as the largest independent digital bank in the world. When it announced its latest funding round in early 2021 it revealed that its customer base had almost tripled in two years from 12 million to more than 34 million. Nubank plans to use the new funding to launch new services like corporate credit cards, grow its retail lending business (which stood at US$63 million in June 2020) and expand its brokerage unit Easynvest, focusing on the middle-class market.

The bank has seen the use of its no-fee credit card and digital savings account explode and reached its 2023 target for online credit card payment volumes three years early.

Nubank’s Brazil operation has been cash-flow positive since 2018 and in addition to its savings account also offers credit and debit cards.

Most interestingly, it managed to almost treble its customer base between 2019 and year with zero spendings on customer acquisition by relying on word of mouth from satisfied customers. The company’s co-founder has suggested it could be profitable before the end of next year.

Apart from Nubank, these are only a few examples of cloud-first digital banks we support in many ways from end-to-end virtual/physical card and payment experience to e-commerce enablement. Technology is a true enabler for visionary banks and their founders that deliver on a bold vision while keeping their heads on the cloud. 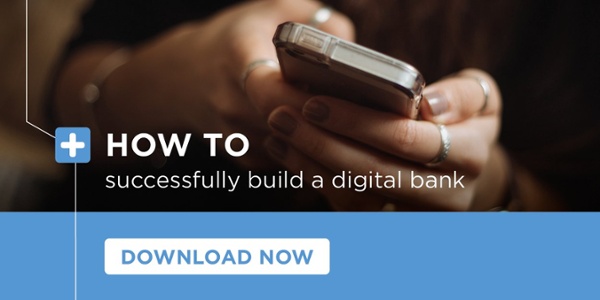