The new silk roads – how does economic prosperity travel? 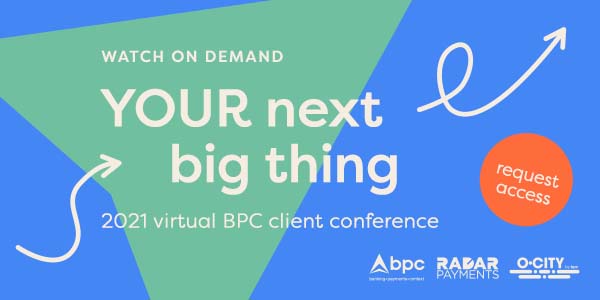 In our previous blog we summarised the presentations from the BPC annual client conference. Over the rest of this series we will explore the topics covered in more detail, starting with historian and writer Peter Frankopan’s fascinating presentation on the history of economic prosperity.

It is often said that you can only understand the present by looking at the past. Frankopan began his presentation by discussing the economic effects of the pandemic, using the UK’s deepest downturn in 400 years to emphasise its impact on economic prosperity.

He then suggested the ‘next big thing’ would be how to confront a world dealing with a large-scale pandemic and outlined some of the challenges we have seen over the last two years. However, he doesn’t believe the last two years account for all the economic change we are seeing, suggesting that these changes have been evolving over decades.

The rise of economic prosperity in the East was used as an example of this change. Frankopan justified this rise by stating that the East’s constant leadership and strict following of the fundamentals of economic growth explained its rise in economic power.

He further explained this growth, stating it was relative to growth in new technologies, rising demographics and increased competence of states to deliver growth. The states most successful in these areas, Frankopan suggests, are already living in the next big thing, which accounts for their unprecedented economic growth. Where the West remains stagnant, the East encourages aggressive urbanisation and embraces new technologies.

Frankopan also attributes the East’s recent economic successes to states’ ability to distribute resources and government spending. In the West, where the quality of life is higher, economic growth isn’t as rapid as there is a lack of innovation.

Despite what he describes as a worrying lack of trust among our younger generations in living in a democracy, he suggests education of this generation is the most important factor for economic growth. Countries where education is prioritised climb faster due to that because those consumers are able to make more informed decisions regarding banking, spending and investments.

Frankopan is possibly best known for writing about the Silk Road, an ancient trade route between the West and China. He highlighted how the Black Death was spread through the trade on it and pointed out that similar routes of transmission can be seen today with the coronavirus pandemic, through airline travel.

This shows the significance of the West’s connection with Asia despite the modernisation of these routes.

Frankopan then discussed how China is bringing back the Silk Roads with the Belt and Road initiative, connecting the West to Asia by land routes, the belts, and maritime connections, the roads. This initiative has been pursued enthusiastically by the Chinese government, obviously for the purposes of increasing trade and travel.

However, Frankopan further suggests that it speaks to a world that is easy for local competitors and local states to talk about within the economic market. He left this topic with an impactful statement, explaining that despite this new initiative growing global interconnectivity the world is not becoming Asian - rather that it has been for a very long time.

In a presentation filled with positives, Frankopan then discussed the threats posed by military confrontation and deglobalisation, noting that some observers have suggested that the time of living in a world where we are all interdependent is over, and we will decouple.

Frankopan wholeheartedly dismisses this point of view, stating that those who believe this don’t fully understand how difficult it is to build supply chains and provide jobs where interconnection is paramount. In his opinion, the levels of globalisation and embeddedness of supply chains in many economies has only deepened, despite the talk of deglobalisation.

Finally, Frankopan suggested that the real challenge for the next year or two will be in terms of provision of energy resources, dealing with food shortages, and consumption of minerals and other natural resources. Another issue he highlighted that slows the rise of economic power is inequality and he noted that Western states tend to seek to solve this problem through enlightened taxation and distribution of resources, hindering economic prosperity.

Frankopan made many interesting points throughout his presentation. The example of the modernisation of the ancient Silk Road shows the clear growth of the East as an economic superpower. He clearly describes that if it was not for world wars or unstable governments, we would all be living in states that looked like Asia the world over.

Answering the question ‘what is the next big thing?’ Frankopan replied that it would be a state’s ability to adapt to the issues of a world ravaged by pandemics.

A Compilation Of The Next Big Things In Banking And Payments

Smart cities & urban mobility: the next pivotal area for your growth

The next big thing in retail payments & ecommerce