When the average European arrives in Singapore, he or she will likely get the feeling they’re living in the future.

They can call a Robocar, one of the first public trials to bring self-driving cars to consumers. You find 1Gbps fibre connection nearly everywhere you go. And as the nation is looking to go ‘cashless’, nearly 46% of the population are using mobile payments.

Singapore is a poster child in the world of smart cities. The Lion City was recently named the world’s smartest city at the 2018 Smart City World Congress, because of the way it is using technology to improve the lives of its citizens.

Under its Smart Nation Initiative, launched in 2014, Singapore has embarked on strategic national projects that reduce friction between the government, businesses and citizens, improving productivity while paying attention to sustainability.
Dr Janil Puthucheary, Minister-in-charge of GovTech, highlighted the need for "transformation through technology” at the Smart City Expo World Congress 2018. "The application of these technologies must benefit our grandchildren and re-engineer our country to improve lives for generations to come."

In this post we’ll zoom in on why Singapore has become a representative of smart(er) cities.

As Singapore has been investing heavily in advancing mobile payment options, the proportion of consumers using mobile payments has grown significantly in the last few years: from 34% in 2018 to 46% in 2019. This number continues to rise given smartphone advances and payment technology are rapidly evolving. Application programming interfaces, known as APIs, are improving the way information is being shared between different players in the payments ecosystem, resulting in a more seamless user experience.

Read our other blog were we dive deeper into the topic of how the importance of payment technologies for smart cities.

In the city state the elderly are fully part of society. As Singapore has one of the fastest aging populations in Asia, the Singaporian government has made the living conditions of the more senior population a priority. Thus they focus on solving the three main problems of the elderly: loneliness, accidents at home and accidents in the street. One of the ways they’re doing this is by placing the elderly in the midst of things and making the more central areas easily accessible for older people. How? By deploying autonomous cars like golf carts: the so called district car light. They have widened the sidewalks in certain areas. The elderly get more time to cross the street: when they press the traffic light button, the light stays red for a longer period of time. The Singaporian government is investing in building smart homes for the elderly by for example integrating sensors into carpets. So when people fall down, the sensor is triggered to send an alert to the doctor or to family members.

Other things that Singapore has embraced is the Skills Passport, that registers diplomas and certificates on a blockchain powered system. This encourages the mobility of work and a lifelong learning profile.

The city state provides a ‘Moments of Life’ service, delivering a bundle of digital services applicable to the life of a person at a specific moment or life stage via an app. It helps to make the process more efficient and reduces friction, worry and stress. Examples of processes for which the Moments of Life service is being used, is when registering the birth of a child or the passing of a family member.

The country has implemented a unified QR code payment system, which simplifies payments for merchants and consumers by combining multiple QR codes into a single SGQR label. The SGQR label has replaced around 19,000 QR codes.

Through legislation and infrastructure, the city-state is also leading the path towards driverless cars innovation. Singapore has the third highest population density in the world and the country is well aware that Autonomous Vehicle Rules (AVs) would narrow down the number of private vehicle owners. Doing so could fix the congestion and air pollution affecting the country. So it is heavily investing in the use of AVs, also as a way to free up road space that could be redesigned for other uses or green alternatives.

Unique to Singapore’s smart city plans is the fact that the government is not embracing it as an efficiency campaign, but as an interdisciplinary exercise: becoming a smart city is a way to look at the quality of life in the city, economic growth and human development.
Does Singapore have an unfair competitive advantage in it’s journey to become a smart city, given it’s a city-state?

Yes – it does. Given its scale it’s easier for Singapore to embrace opportunities that turn the city-state into a smart city. But despite this advantage, the city also excels at strategy and execution and thus functions as a city to watch and follow. 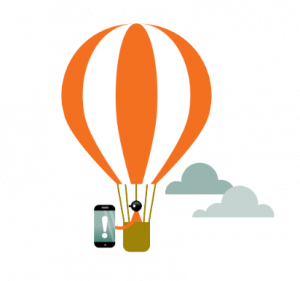 If you want to learn more about the problems that smart cities are solving for their citizens, download our report.

next Smart cities should...