The evolution of digital banking

In our previous blog post we looked at examples of banks that are ‘doing digital well’. In this post we outline the evolution of digital banking and the types of services available.

BPC recently published a comprehensive guide to how to successfully build a digital bank. In order to understand what is required to achieve scale in this sector it is important to first understand how these entities emerged and the market segments they are targeting.

Following their emergence in Italy in the 1500s, ‘modern’ banks faced little in the way of serious competition until the 1960s when card schemes such as Diners Club and Mastercard emerged, providing international payment networks.

In the 1980s computer mainframes assumed a central role in banking and following the rise of the internet in the 1990s, the first wave of online banks such as ING Direct and First Direct were introduced to the market.

The proliferation of the smartphone enabled a new type of bank to emerge in the later part of the last decade: digital banks. New entities such as Fidor Bank and (former Bank) Simple offered modern banking propositions tailored to the smartphone and digital world.

In a financial world still recovering from the global financial crisis, they were founded with the vision to create a better banking experience for the customer. Through their digital-native origin (coupled with a strong focus on niche markets) they offered an improved customer proposition at lower cost, enhancing financial inclusion.

Since 2015 there has been a steady increase in the number of digital banks across the globe. This trend has not been exclusive to developed markets such as the US and Europe, but has rather been a global phenomenon with digital banks emerging across Asia, Africa, the Middle East and Latin America.

There are now in excess of 400 independent digital banks boasting a combined customer base of more than 500 million and counting. Collectively they are making a permanent impact on the market, driving innovation and competition, and setting the benchmark for incumbents.

Their market penetration is especially high in emerging markets - for example, the proportion of consumers banking with a neobank is 93% in China, 50% in India and 32% in Brazil according to data from Kantar Finance. We looked at some of the most successful digital banks (both independents and those connected to incumbent banks) in our last blog.

China is home to the world’s largest digital banks - including WeBank – but challengers have appeared all over the world from Chime and Acorns from the US and Toss and Kakaobank in South Korea to Judo Bank in Australia and Tyme Bank in South Africa.

These new players have a range of operating models, core propositions and business models that are continuously evolving.

Most digital banks start off with a minimum viable product (MVP), essentially the first version of their proposition which is gradually extended over time. MVPs focus on a specific use case with options ranging from credit card or payment services for shoppers and investment possibilities for non-professionals to foreign exchange and international payments for expats and migrant workers. Brazilian Nubank, for example, started out with a fee-free credit card which paved the way for expansion into bank accounts and small business lending.

Digital banks similarly run under a variety of operating models and regulatory frameworks. Generally speaking, all financial service activities are regulated, but depending on the geography there may be multiple options for regulatory licensing. In the European Union, for example, payment services can be offered under a payment institution, electronic money (e-money) or banking licence.

There are ample opportunities to in-source regulated banking activities and other services from external providers. Opportunities for in-sourcing go beyond regulatory licensing - complete technology stacks and business services can be obtained from service providers. IT solutions providers can offer complete IT infrastructure with front-end to back-end solutions.

Activities such as onboarding of customers or customer services can also be outsourced, enabling start-ups to operate as a very lean internal organisation.

Despite this diversity in proposition and operating model, a few key business models can be distinguished. Following the technology sector and the example of Google and Facebook, digital banks may pursue a ‘freemium’ model where basic services are offered for free to secure the customer relationship with the aim of up-selling to paid services later. This model supports rapid scaling.

Alternatively, neobanks may opt for a premium-only model, whereby all services are paid for. This model is favoured by Stash, Acorns and Bunq among others and allows for better unit-economics, although securing the initial customer relationship is a considerable challenge.

Hybrid business models are also popular. For example, accounts may be offered free but require a minimum level of deposit, or accounts are charged but certain fees are waived when meeting specific requirements.

Digital banking is a highly versatile and fast-evolving market. There is a rapid pace of technological innovation, coupled with continued growth of smartphone penetration. Customer behaviour is changing as they become more digital native with higher expectations of their experience. Furthermore, there are regulatory changes internationally such as the creation of regulatory sandboxes by financial authorities and the emergence of open banking regulation as a means of fostering competition.

In emerging markets, the existence of a large un(der) banked population creates opportunities to establish a new market by providing services to underserved customer segments. In developed markets growth is driven by taking market share from incumbents.

Asia Pacific is a heterogenous market, while China is in a category of its own due to its sheer size and degree of innovation.

The Chinese fintech landscape is dominated by tech giants such as Tencent and Alibaba, which have set their strategy around so-called ‘super-apps’ such as WeChat and Ant Financial (including Alipay). Their digital banking arms WeBank (Tencent) and MyBank (Ant Financial) benefit from an existing customer base and extremely large internal market.

There is also ample innovation in other parts of Asia Pacific. The Singaporean ride-hailing company Grab has also evolved into a super-app offering a range of digital financial services such as payments, small business lending and investments. Other Asian super-apps include Go-Jek (Indonesia), Paytm (India), Rakuten (Japan) and Line (Japan).

South Korea is one of the most tech-savvy and data-driven societies in the world, so it is little surprise that it has produced some of the most successful neo banks.

Kakaobank was launched in 2017 and now boasts more than 12 million accounts, only exceeded by domestic rival Toss which has more than 14 million customers.

The European and North American markets are home to a large number of leading players including Revolut, Chime, Monzo, and N26. These players were able to capture market share by offering a premium customer experience at low cost for the millennial population with the majority initially opting for the freemium model.

More recently we have seen players adopt a different strategy by focusing on niches such as Muslim expats (Insha) or young families (PFC) with services including mortgage lending and wealth management.

Latin American is a less mature market with an opportunity to service the un(der)banked population.

Neobanks such as Nubank and Neon from Brazil or Ualá and Rebanking from Argentina have successfully leveraged this opportunity and collectively have close to 30 million customers across the region, offering lower-cost debit card and credit card payments and foreign currency exchange among other services.

The Middle East has experienced consistent growth of digital banks over recent years. Many incumbents have grasped the opportunity and launched standalone digital banks such as Ila Bank by ABC Bank in Bahrain, Pepper by Leumi in Israel and Liv by Emirates NBD in the UAE.

Middle Eastern neobanks usually offer a more complete range of financial products as full replacements for incumbent banks. Despite the growth of recent years, there is still much potential for further growth driven by changing consumer behaviour and new regulation such as the digital-only banking charter from the Saudi Arabian Monetary Authority.

Digital banking solutions are also gaining relevance in Africa by contributing to the financial development and inclusion of African people into the formal financial system. The continent offers considerable opportunities for neobanks, although it is also a heterogeneous region with different societal and regulatory environments.

Africa has been a front-runner in mobile money and remittances services, although there are relatively few digital-only banks.

In the next blog in this series we will look at the key elements of a viable business plan, from problem statement to testing and refinement of the value proposition. We will also consider how to move from value proposition to business mode. 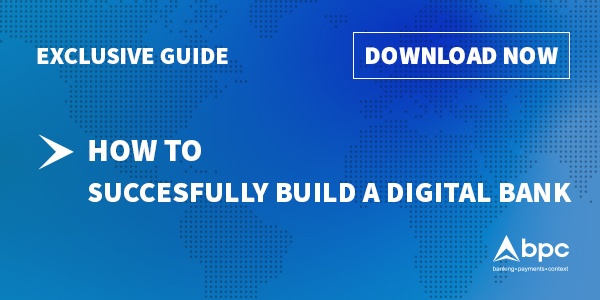 next Neobank, keys to...