What are Super Apps, and Why Should You Care? 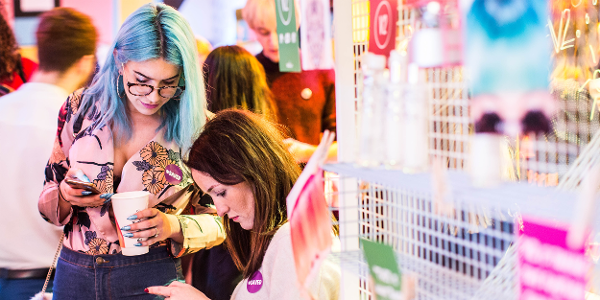 While apps might be nothing new, an integral part of daily life for most of us, a new class of app is on the horizon – the Super App. A growing trend that originated in Asia, Super Apps are fast becoming something to watch out for in the banking and financial services sector.

In this blog post, the first in a series focusing on Super Apps, we’re going to cover what makes an app ‘Super’

What’s with the hype with Super Apps?

So what exactly are Super Apps, and why is their popularity growing at such a rate? Think of how and why people use apps. It’s all about convenience. They can pick up their phones or other devices and, with a few swipes or clicks, access a quick and easy way to shop, learn, work, entertain, and more.
But users often have to bounce between different apps for different functions and services. Not with Super Apps – they offer users a variety of services all within a single digital interface. Initial adoption was extensive in Asia, and the use of Super Apps is now on the rise in western countries.

What defines a Super App?

BlackBerry founder Mike Lazaridis first coined the term ‘Super App’, during a speech at Mobile World Congress in 2010. He described “a closed ecosystem of many apps that people would use every day because of the seamless, integrated, contextualised and efficient experience”, specifically to do with BlackBerry devices.

A decade later, today’s Super Apps aren’t limited to any one device, and run independently in order to reach the widest audience possible. And rather than being designed for one specific use case, like regular apps, Super Apps incorporate multiple different use cases, often thanks to third-party partnerships that allow integration of various offerings within one single ecosystem.

As stated, Super Apps contain multiple functions and services built around things valuable to users in their everyday lives. The following five features are the most common: 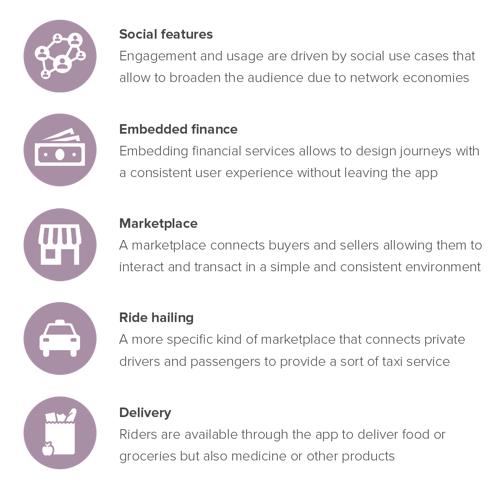 What does the rise of Super Apps mean for banks and the finance industry?

Financial institutions should, without doubt, be interested in Super Apps and their impact on banking and financial services. One of the features many Super Apps have embedded in them as an addition to their core services is financial services.
The main advantage of embedded finance within a Super App is that users don’t have to leave the app to complete financial transactions, which benefits both the user and the app. For traditional banks, however, this means a greater distance between them and their customers.

So, what’s the answer? Financial institutions don’t have to see Super Apps as a threat, instead, they can look at them as an opportunity to grow and develop new revenue streams. They can also seize the opportunity to launch super app ecosystems directly targeting customer segments or sectors they might serve.

In the next chapter in the series, we’ll look at the top Super Apps worldwide. Download the full report for a full history of Super Apps and details of how to build them.

We launched our agritech marketplace in the midst of Covid-19. Here is what we’ve learned…

Guayaquil, in Ecuador becomes a benchmark for innovation with O-CITY